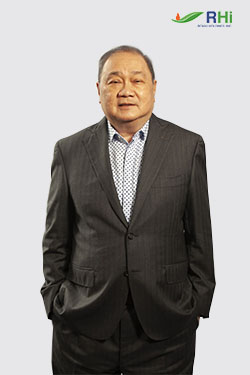 In sports, Mr. Pangilinan is Chairman of the MVP Sports Foundation Inc., Chairman Emeritus of the Samahang Basketbol ng Pilipinas and Chairman of the Amateur Boxing Association of the Philippines (ABAP).

He was voted as Corporate Executive Officer of the Year (Philippines) and Best Executive (Philippines) at the 2007 and 2008 Best-Managed Companies and Corporate Governance Polls conducted by Asia Money. Mr. Pangilinan also received the Best CEO award from Finance Asia Magazine (2012) and the Executive of the Year Award from the Philippine Sports Writers Association (PSA) (2014). In July 2015, Jaycees Philippines and the Asian Institute of Management (AIM) conferred him the 2015 Ramon V. del Rosario (RVR) Lifetime Achievement Award for his outstanding contributions to nation-building and exemplary corporate citizenship.