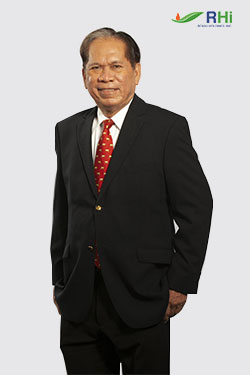 Mr. Bacani is the President of Ultrex Management & Investments Corp.; Chairman & President of La Frutera, Inc.; Chairman of Trully Natural Food Corporation; a Director of Swift Foods, Inc.; a Private Sector Representative of APEC Policy Partnership on Food Security, ABAC Philippines; Director of the Philippine Chamber of Agriculture & Food, Inc., Icebox Logistics Services, Inc., Franklin Baker Co. of the Philippines; and a Member of the Board of Advisors of East-West Seed Philippines, Inc. and of the National Competitiveness Council.


He is also a member of the Board of Trustees of the Philippine Rice Research Institute, and the Vice-Chairman of the Technical Advisory Committee of the PCARRD (DOST). Mr. Bacani is also involved in various non-government and people’s organizations.