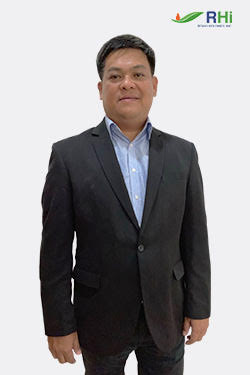 43 years old and is a Filipino.
He was appointed as Vice President/Manufacturing Operations Head of Central Azucarera Don Pedro, Inc. on July 1, 2019.

He is a BS Food Technology graduate of the University of Santo Tomas.


Mr. Rugas has over 21 years of experience working in various leadership and technical roles in plant operations. Prior to joing the RHI Group, Mr. Rugas was with URC Branded Consumer Foods group. He headed some of URC's major plants such as the Cavite and Canlubang operations. He also worked for RFM Meat Division where he performed the roles of Plant Manager and QA Manager. He started his career in Unilver where he was involved in quality assurance and food solutions.