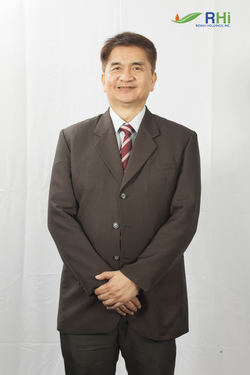 Prior to joining RHI, Mr. Reyes worked with Manila Water Company for 15 years where he handled various HR areas such as training and OD, performance and rewards management, employee relations, internal communications, and labor relations. The company was awarded by the People Management Association of the Philippines as 2006 "Employer of the Year" and was the first Philippine company to win the Human Capital Award in 2011. Mr. Reyes also worked with Globe Telecom as HR Manager in the 1990s when it transformed from a data company to a full-pledged telecom service provider. He started his career in Vitarich Corporation.